Saheed Animashaun: The rise and rise of the “corruption-fighting-back” brigade

A vast number of Nigerians have over the years proven to be piss poor students of history. This is why “Politricksters” can repeatedly employ the same gimmicks – the same rhetoric – and still achieve the required impact on the average Nigerian.

It’s important to lay down a caveat to avoid misinterpretations. It is highly commendable that the PMB-led administration is pushing hard to recover monies looted under the watchful eyes of “Uncle Hero”. Day after day, revelations as regards the extent of lootocracy that went down under GEJ, reinforce the fact that if there was ever a choice at all, Buhari was the only right choice between Buhari and GEJ.

Having laid down this marker, it is important to emphasize the need to keep the big picture in sight. We must not get carried away and allow the news of recovered monies to deflect away the fact that this administration has performed atrociously.

It is overly simplistic, and myopic to label every criticism of the PMB-led administration as “corruption-fighting-back.” In fact, it is tantamount to deceit – as it could deceive the administration into believing that it’s performing well! Each time the glaring flops of this administration are highlighted, ardent praise singers are quick to dismiss them. “How do you expect Buhari to fix a rot of 16 years in two years” is their favourite question.

First, a key factor in achieving good governance is constructive criticism. As much as we want Buhari to succeed, making him impervious to criticism, may lead to the opposite. This administration has deservingly gotten a lot of flak for its woeful performance so far. While the anti-corruption war has yielded billions in recovery, it has revealed a disturbing trend. As long as you are in Baba’s good books (i.e loyal to him), allegations of corruption against you are likely to be overlooked irrespective of the sheer evidence against you. This theme has played out in the allegations against the COAS, the Minister of Interior, the SGF and the Chief of Staff. All that has happened so far is a half-hearted order to the AGF to “investigate the involvement of any top government official accused of any wrongdoing”. That specifics were not spelt out as to the officials and the nature of allegations being investigated speaks volume. I really pray I am wrong!

The handling of the health status of President Buhari has been mind boggling! Mr. President and his aides/cabinet have mastered the art of brewing dissension where there should be little or none. They are either not in tune with what 21st century governance entails or they are stubbornly holding on to how-it-has-always-been. While the intent of his handlers might have been to avoid unnecessary insinuations, they have succeeded in achieving the opposite. It confirms my long held view that information handling may end up being the Achilles’ heel of the “change” government. I really hope Buhari is not as ill as his confusionist associates make it seem. He certainly deserves our prayers and I pray he returns as strong as ever.

While it is possible that corrupt officials ‘fighting back’ are sabotaging this government and making it look clueless, the over-arching point is that this Buhari-led administration has so far been incompetent. We would be playing to the gallery by ceaselessly highlighting the ills of past governments as the only cause of today’s woes. While this is a reasonable assertion, it is no excuse! Buhari was elected because Nigerians rightly believed that the PDP and GEJ were leading Nigeria into oblivion. He was elected to fix the rot and so far he has shown little signs that he would be capable of doing so.

While it is sad that Buhari lost a good chance to inspire hope by delaying the appointment of his cabinet for many months, he still has ample time to reverse what has been 21 months of sheer hopelessness. I pray he returns as “fit as a fiddle”. A good starting point upon returning would be to rejig his cabinet – many weeds need to be rid off!

In the analysis of Buhari’s performance, two groups are dominant. Those that see no good in this government and on the flipside, those that see no evil. They are birds of a feather and Baba would fare much better without them.

Ultimately, the change we crave may not emanate from any government house. We have to make concerted efforts to change our mentalities, improve our micro-environments, and extend this to the larger society.

For Buhari, it is up to him to decide what he wants to be remembered for; the man that laid the foundation for Nigeria’s recovery or the man that sent Nigeria further down the bottomless chasm of under-development. 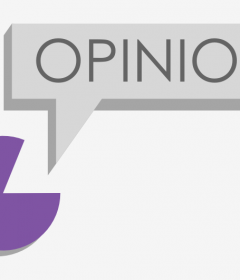 The Trial of General Bako *By Saheed Animashaun