Same Old Wine In An APC Bottle? By Saheed Animashaun

If you think or you have ever thought that APC would be the harbinger of the desired change in Nigeria, you definitely need a rethink. Thereafter, if you still believe such, it is best you go to bed, sleep, and activate dream mode! There is little difference between APC and PDP! Trying to decipher the difference between the two is akin to trying to find the distinction between six and half a dozen! Nomenclature is proving to be the main differing factor.

When Jonathan’s ignominious tenure ended, I told myself that no succeeding administration can ever match it in terms of cluelessness and lack of direction. I am definitely mistaken! If things go on like this till 2019, this APC administration would have achieved the unprecedented landmark of beating the GEJ-led administration to the award for the most disoriented government in Nigeria during the post-military rule era.

Chief Orji Uzor Kalu toed the line of his fellow perennial corruption-charges-facing comrades (Joshua Dariye, Jim Nwobodo, Adebayo Alao-Akala, amongst others) by joining the change party, APC, a few weeks ago. The chairman of the “change” party, while welcoming him, had the effrontery to say that the incident is worth celebrating. This is in itself clear evidence that the APC is a first class joke! Being in government is a tea party to them. It is simply an opportunity to get a share of the proverbial cookie jar (national cake).

Adams Oshiomhole of APC practically wrestled his stolen mandate away from Prof. Oserheimen Osunbor of PDP in court in 2008. Today both men are friends in APC. The same scenario played out between Prince Olagunsoye Oyinlola and Ogbeni Rauf Aregbesola in Osun; and Dr. Kayode Fayemi and Segun Oni in Ekiti. In fact, Segun Oni is the Vice President of APC South West.

I must agree that in certain areas this APC-led administration has outperformed the previous one. Impunity has reduced, ever so slightly. The anti-corruption war, albeit quite one-sided, has led to the recovery of billions of Naira. Also noteworthy is the decimation of Boko Haram.

Generally speaking, however, Buhari and APC have contrived to throw away a massive chunk of the goodwill they propagandistically garnered in the run up to the last general elections. Invariably, the more they say things are changing for the better, the more they appear to be the same. There are too many examples of these deficiencies such that it is almost pointless to start highlighting them!

Under this supposedly corruption-fighting administration, there have been selective employments in many federal government agencies. Some of these recruitments were not advertised at all. In addition, the federal character principle was flagrantly flouted in many cases.

In some other instances, under the cloak of “targeted recruitment,” relatives of influential Nigerians were selectively employed. This is nothing but pure “KWARAPSHUN”. Corruption is definitely not only stealing!

The ironic part is that Buhari’s praise singers have failed to realize something crucial. By holding this Buhari-led administration by the same crooked standards by which the clueless GEJ-led administration was held, they are tacitly admitting that APC is not an upgrade from PDP.

Buhari is surrounded by an army of praise-singers and charlatans who have successfully hijacked his administration and cloaked him in a toga of infallibility and invincibility. At this juncture, he must really believe that Nigerians are “favoured” to have him as their “messiah”.

Most unfortunately, the youths are hardly encouraging. They foolishly fight over warring politicians who would ultimately find a common ground between one another. In the South-West, for instance, the average APC youth member is more concerned about whether Buhari and Tinubu are on good terms rather than how the government is performing. All that matters is that their principal (Tinubu) is not sidelined or “marginalized” in the scheme of things.

I am not close to the corridors of power and I doubt that this article would reach the President. My advice to him notwithstanding is to embrace flexibility, especially as regards economic policies. He also needs to run aspects of government like a business; displaying shrewd administrative skills. A businessman would not think twice as regards firing an employee that is performing woefully. Under-performers should be fired when necessary! I for one would have sacked the Minister of Sports and Youth Development immediately after the Olympics!

The best course I think Nigerians can chart in the near future is to vote based on personality rather than party. More attention needs to be paid to who is voted as Councilors, Chairmen, members of the state and federal legislature, and governors. It is not all about the President.

Buhari faces a race against time to put Nigeria on a recovery path. No candidate had ever defeated a sitting president prior to the last elections. His victory was no mean feat and therefore he should remember the tremendous faith and hope Nigerians repose in him. He should review his campaign promises and come out clean on those he would not be fulfilling. He cannot afford to continue failing Nigerians!

The clock is ticking Mr. President. The ball is in your court!

Saheed Animashaun is an accountant and social commentator. He can be reached via saheed.animash@gmail.com. 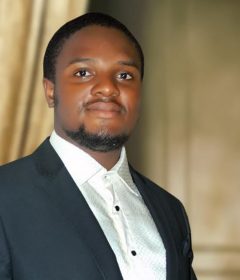